Why these days child become a fussy eater…

Fussiness is a big problem in today’s children. I have gone through the same problem some times before. While writing this post I asked a question to my mother -in-law, mumma why theses days all mothers are found complaining about the same problem that their children doesn’t eat anything?

She started laughing and said now a days mother’s don’t have much work except taking care of their baby.

She said, in their time, they don’t had much time to look at their baby. They were so busy in taking care of the need of all the family members. That time, there used to be joint families and mothers had lots of other work including taking care of their baby. Mothers of that time never used to run behind her child for finishing the food because they don’t had that much time to spend with their kids. 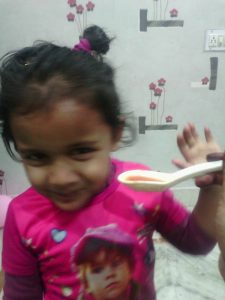 But now a days, we all have a nuclear family with 2-4 members and we mother’s get enough time to spend with their naughty dear one and the top priority for all mom is their kid and their food. If our choosy kid doesn’t finish one food, we mother’s prepared the next item in few minutes and again started putting efforts for making them eat.

After her explanation, it became so clear in my mind that it is the main reason behind our child fussiness. We mother’s are responsible for our child’s fussiness about the food.

Today mothers can be found discussing usual story that “my child eats nothing” or “my child eats like a bird” and that ”I have tried virtually everything to make him eat but all in vain”. The meal times are virtual mini-wars. One side is the valiant, adamant and determined one fighter and on the other side of the fence is the whole family with mother and grand parents indulging in all sorts of pranks and gimmicks to make him eat. 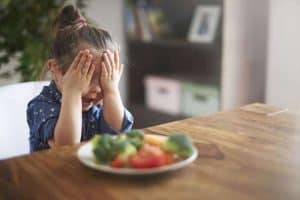 What we mother do these days to make our little customer eat:

Food for your 6-8 Month old Baby

It must be kept in mind that weight gain velocity slows as the child grows. During 3-12 years of age, children gain merely 2kg body weight during one year as compared to weight gain of 750-1000 g per month during first 4-6 months of life.

So try not to get frustrated when he suddenly refuses his favorite foods. Just accept that he’ll eat it again in time, and remove the plate without any comment.
Hope you get some idea why your baby is doing so.To get regular updates please subscribe to my blog and my face book page.

On my blog readers’ request, I started manufacturing herbal products at home.
Blended with elder’s experience & vedic science, my products promise to provide you a good alternative to cosmetics.